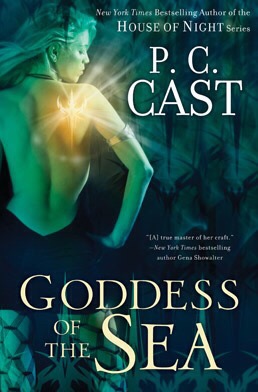 In this installment, we find ourselves transported to medieval Europe where merpeople still exist and magic still infuses the world. Christine, a modern day woman belonging to the United States Air Force, finds herself transported to this world unintentionally after the cargo carrier she was aboard crashed ungracefully into the ocean. She may have asked for magic in her life but not quite like this!

Overall I found this particular book a nice addition to the set, and a great read. Admittedly I did find it slow to begin, but as I continued to read found the magic that P. C. Cast weaves within her words. The endings twist is also a nice surprise, and I found gives the book an uplifting aura. I have to give this novel 7.5/10. Again P. C. Cast has added yet another great read to the shelves!