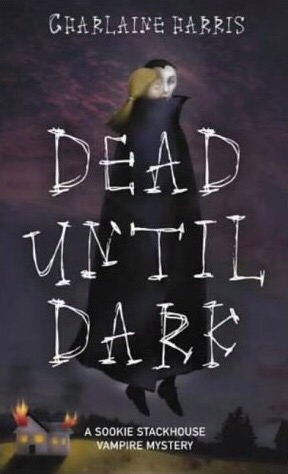 Originally before writing this review I had begun this series after purchasing “True Blood Omnibus”, which contained the first three novels of the series. After re-hashing the beginning of this post several times, I realized why I was having such a  difficult time writing. I just can’t heap these books together and review them. It just doesn’t do it justice. Not only have I found the first book of this series to be extremely entertaining, but I have found the subsequent novels do not fail to keep me enthralled for hours when technically I should be sleeping! Thus I have decided to review each of the Sookie Stackhouse series individually, the way they were originally intended, even though I have the Omnibus. If nothing else I feel it respectful to the author.The first novel of the Sookie Stackhouse series is – Dead Until Dark, and is authored by Charlaine Harris. In this novel, Charlaine introduces the idea that the supernatural could one day wish to “come out of the closet” so to speak, and join main stream society. A world where the impossible becomes the possible, and something as insane as Vampires join the human race. Dead Until Dark establishes such a phenomenon with the simple creation of – “True Blood”. A synthetic form of blood which allows Vampires to feed and sustain themselves whilst not requiring Humans as “live prey”. With this in mind, the whole story begins with Sookie Stackhouse and her first meeting with a vampire.

Sookie Stackhouse is an ordinary 20 something girl, or so she would like to have you believe, with a secret. A curse as she calls it. She works in the local bar and lives with her grandmother in the house her father was raised in. She doesn’t have a boyfriend, and she doesn’t often date. That is mainly due to one reason. She is able to read people’s minds. She is telepathic. Which turns out comes in handy when there is a serial murderer in town killing women who have been known to fraternize with Vampires. Especially considering she meets her first Vampire who also becomes her boyfriend!

Dead Until Dark, has been an experience in it itself. Reading this roller coaster has been so entertaining I have honestly devoted way too much time to it! The idea of Vampires becoming public and existing on synthetic blood has put an entirely new spin on the supernatural stance. It really is a fantastic twist, and has opened a huge range of possibilities. The murders kept the story flowing at a rapid rate, and gave fate to pull twists and turns on young Sookie’s love life, which also kept me glued to each page throughout the book.

I would recommend these books to anyone who is interested in Vampire’s and Werewolves. Those who enjoyed – “Supernatural” and “Vampire Diaries” on TV may also find this series interesting. This is a book for young adults, though does contain a lot of older material which could also be offensive to some people. However, I think that it would be suitable to anyone aged 15+. Out of 10, I would rate this book a definite 8.

So far so good. I am getting into the story. Charlaine Harris has really let her talent shine with this book, and I am looking forward to some time to read more.