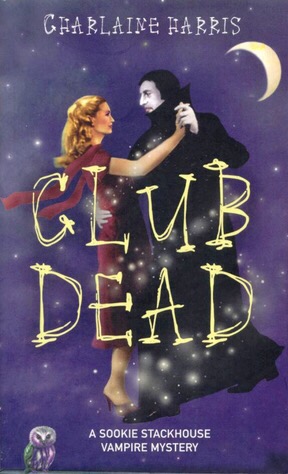 In the third installment of the Sookie Stackhouse series, authored by Charlaine Harris, we find Sookie and Bill in a romantic rut. Yes, things had gotten cozy again with Bill after they worked through the issues which arose during their Dallas adventure. But things still seemed to be bothering Sookie, and it turns out to be with good reason! Not only does Bill lie about his up-coming work trip, (which he needs to finish as a matter of life or death as threatened by the Queen of Louisiana) he cheats on Sookie with his former lover and “maker” Lorena. Eric and Pam appear with this information right after Bubba saves Sookie from a werewolf attack at Merlotte’s.

So what does Sookie do? She gives him another chance! I mean we have to give her a break, Bill is her first love, and that is always the hardest ever love to walk away from (even in a fiction novel)! After meeting up, with the all attractive Allcide (whose ex-girlfriend later attacks her), and travelling to Jackson, Sookie goes to the rescue, and not only takes on the King of Mississippi, Russell Eddington, she saves Bill from being tortured. All of which she accomplishes with Eric’s undeniable assistance (thus deepening the connection of the love triangle in more ways than one!). Not to mention the staking of a few necessary vampires along the way.

The sad thing is, once she saves Bill, Sookie then has to deal with the horrible things he did. The infidelity. The fact he was going to leave her. How dare he? She ends up taking matters into her own hands and rescinds invites to her home to both Bill and Eric. Is this the end of the love triangle? Or will Sookie forgive Bill for his indiscretions?

Again Charlaine Harris has put out another exciting addition to the Sookie Stackhouse series. The twists and turns all come to fruition eventually. She has left a variety of options for future story lines.

If you’re into a romance novel with a little humor and a supernatural feel, then this is definitely a good series to read. It offers something for just about anyone who can think “outside the box”. This book is a 7.5/10 rating. Recommended for ages 15 years and older.