I must apologise to readers for my latest blogging discrepancy. I always post series I Review in the order written and therefore read. However for the first time in a long time I have missed a review. Sorry if anyone was actually waiting for this.

Here is the missing review! 📚 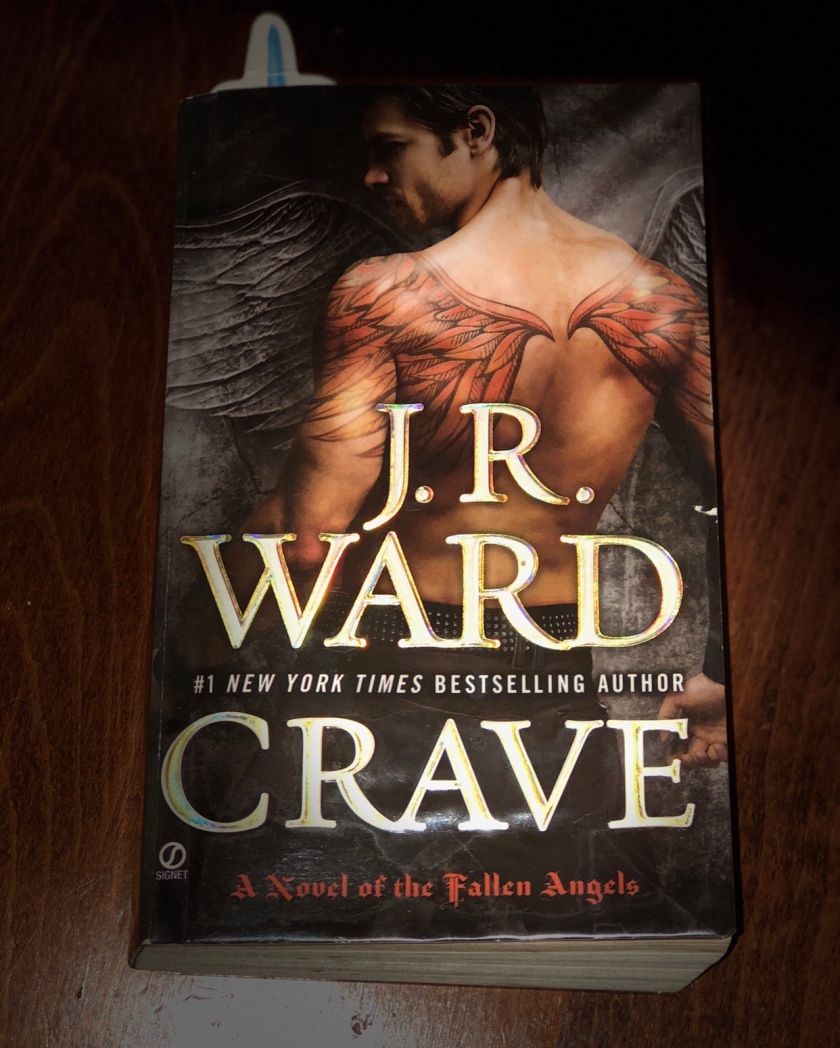 Seven deadly sins. Seven deadly souls that must be saved. One more no-holds-barred battle between Jim Heron, a fallen angel with a hardened heart, and a demon with everything to lose.

Isaac Rothe is a black-ops soldier with a dark past and a grim future. The Target of an assassin, he finds himself behind bars, his fate in the hands of his gorgeous public defender, Grier Childe. His hot attraction to her is totally wrong place – wrong time kind of thing – and that’s before Jim Heron tells him his soul is in danger. Caught up in a wicked game with the demon who shadows Jim, Isaac must decide whether the soldier in him can believe that true love is the ultimate weapon against evil…

Another great read by J. R. Ward. Just not what I had expected to say the least. I know the good guy doesn’t always win but I didn’t expect any form of failure so soon. But understandably the storyline does have a point. With free will and all that goes with it, I should have realised that all wasn’t as it seemed, but failed to see the twist that was coming!

The characters teamed up with Jim, such as his buddies Eddie and Adrian still carry a sense of mystery. We are yet to see what brought them into the fight for good and evil, or why they have become “fallen” angels and not just sticking with the angel part of the title. The addition of Isaac and Grier brings out the underlying erotic pull that J. R. Ward is renown for, but somehow there was too much drama and adventure to really get into really HOT scenes that we all know she writes so well. Instead she tantalises us with a twist that leaves one man dead, which obviously had to happen, but not in any way I had guessed.

Devina of course is being her horrifically difficult self. I admit some of the torture Jim undergoes is something I could imagine anyone surviving, let alone going on to save the day with his friends. But apparently it is somewhat possible, as Jim Heron still hasn’t really missed a beat. I guess that is why I did find the ending difficult to swallow, considering Jim goes through such horrible events yet the deal seemed to have already been sealed.

Overall, I have enjoyed Crave, the second of the Fallen Angels series. I would recommend it to adults who enjoy fantasy fiction with a mix of romance and erotica! I give this book a rating of 8/10 stars