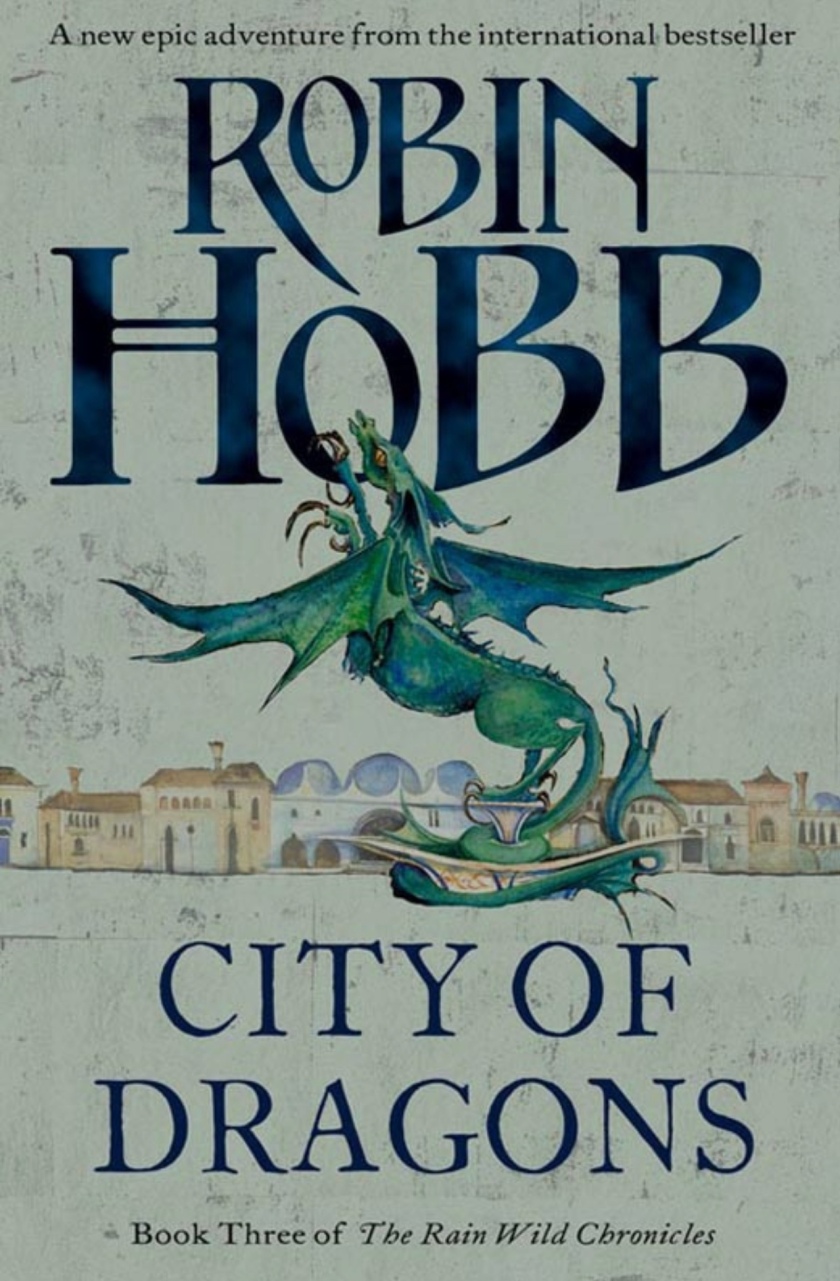 Yet another intriguing tale from the Rain Wilds brought to life by Robin Hobb. This time the struggle of finding Kelsingra is over and they are living just outside the City built for Dragon’s. It is their chance at life in a number of ways, if only they can make it across the river.

The Keepers, travel worn and weary, have made use of abandoned cottages to make homer’s for themselves. They continue to look after the Dragon’s still yet to fly. Thymara, whose Dragon Sinatra can now take to the wing, that she isn’t much required anymore. She has my time to herself, and this means more time to find herself, and make discoveries far beyond what she had imagined.

Hest returns in full form to the storyline. After threats, and injuries by an unknown Chalcedeon man, Hest realises there may be more to Sedric’s trip than he first thought. He also sees it all being Sedric’s fault. He had been happy to be rid of Alise his wife, but the loss of Sedric had become more of a nuisance. With the encouraging words of his father, further threats from the assassin, and failed attempts of removing him, Hest books passage to journey to the Rain Wilds.

Left rib manages to return the Tarman to Cassrick to claim earnings from the exposition as well as to obtain cargo for the return trip. Unfortunately the Traders Council were not as co-operative at they had hoped. Instead Leftrin is bombarded with demands and questions about where they had settled and what they had found there. It is luck and quick thinking that helps him escape with his secrets intact.

My favourite storyline of this book has the be that of Reyn and Malta. Malta’s pregnancy is exciting in itself but the harrowing tale of the birth is even more enthralling. Malta has the opportunity to show how far she has really come since was the little girl spoilt, manipulative and vindictive. What I found most intriguing is that Malta is possessed to go to the Tarman after she makes her escape. Did she know somehow that the live ship could keep the child alive?

All I all, the City of Dragon’s is another amazing title written by one of my most favourite fantasy authors Robin Hobb. I recommend this novel to anyone with a love of Dragons and the fantasy genre. I give this book the rating of 10/10 stars.